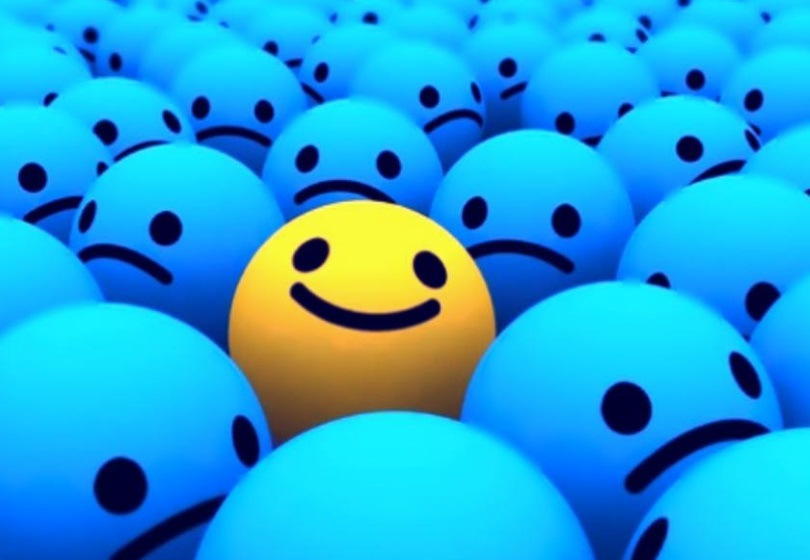 Positive thinking, also known as optimism. While some people believe that being a glass half-full kind of person can actually limit your ability to grow and succeed, I personally feel quite the opposite. Ever since I’ve learned what optimism was, I knew that I was optimistic at heart. Having positive thoughts not only help you through struggle or help you succeed but simply lead to a healthier, happier you. I wanted to spend some time talking about how I feel about positive thinking, to either give you a different perspective if you are a pessimist, or to reinforce your beliefs if you are an eternal optimist such as myself.d

One thing I’ve realized over the years is that by constantly being optimistic about any and all situations and challenges that I face, I was constantly in a happier place rather than a sad or disappointed place. The way I look at it is that when you have a positive outlook on a situation, you immediately assume that the best can and will happen, which is a natural response to optimism, which I didn’t need to tell you. But more specifically, I see the benefits of optimism even when something doesn’t go as planned. In these cases, so many glass half-empty people have told me that if I wasn’t so optimistic, I wouldn’t be in this situation where I am left disappointed at the end result. However, the reason my optimism is so powerful is because I truly am optimistic not only when things are looking up, but also when things are looking down.

For example, let’s say I have an exam that I ultimately ended up failing. Instead of seeing the negatives in that situation, I immediately move on and see the positives not only in the final result, but also the positives in the next challenge that I will inevitably face. In the case of a hypothetical failed test, I immediately think about how I will improve on the next test, and perhaps more importantly how I will learn from all of my mistakes and ultimately come out a smarter person, even though it may not be reflected in that exact test grade.

I also tend to view positive thinking as a series of net positives (happiness) that continually add up versus net disappointments. No matter what happens in life, whether it be good or bad, simply reacting to it with a positive mindset adds small pieces of happiness to my overall demeanor. On the other hand, if I were an eternal pessimist, every single event in my life would be met with negative energies, regardless of how any of them played out. By constantly thinking in positive ways, I ensure not only that no matter what happens I am happy, but that I constantly happy no matter what I may be facing in the present.

A lot of this reasoning actually comes from the belief that happiness itself is the most important thing in life, which I obviously very firmly believe in. By comparison, the alternative belief held by pessimists is that success, and all the things that come with it, is the most important thing in life. However, the problem with this mindset is that even if you succeed in every possible thing that you do, you will still be met with lingering amounts of pessimistic energies and you really won’t ever be as happy as if you were truly set out for achieving happiness in everything you do rather than focusing on achieving success. In other words, optimism and positive thinking is the gateway to true, unconditional happiness, rather than happiness that is derived from success and success only.

Another great thing about being a generally happy person is that you feel better physically and mentally as well. You aren’t stressed out by the little things, and you are at a much lower risk of depression. In fact, I even heard from a friend that people who think positively are at lower risk to the common cold as well! Although I’m not sure if I believe that, I do firmly believe that positive thinking leads to a longer lifespan, which makes sense when you think about how too much stress can literally cause grey hairs to form! Those people are literally speeding up the aging process for themselves. And I don’t know about them, but I personally would rather live longer!

On the other hand, those who maintain a pessimistic outlook on life end up using unhealthy activities to cope with it. The biggest example of such an activity is excessive drinking. In fact, hard working men and women who are forced to work long hours, even at high paying jobs, are just the type of people that seem to drink heavily, alone at a bar. This is simply their way of coping with the stress in their lives that they feel is necessary to succeed and find “happiness”. And is all that wealth and success really worth the stress it puts on their bodies on a daily basis? I personally don’t think so.

My last major reason as to why positive thinking is so great is that it surrounds with even more positivity naturally. When you really think about it, it’s hard to have friends that are uplifting and provide emotional support for you if you yourself are not positive. This is another key reason that I love being the eternal optimist. It naturally puts me in contact with other like-minded people, helping to uplift each other and create a positive environment that only amplifies our happiness further. On the other hand, eternal pessimists often don’t have that kind of support network, or if they do, it is often limited to just a few close friends and family members. Without a strong support network, not only are you simply not going to be as happy as if you had a strong group of friends, but your wealth and success will be meaningless as a result, with no one close to you that you can truly share your success with.

While everything in this article has been my very own opinions, they are opinions that I feel very strongly about. Positivity is the key to happiness, specifically happiness that is unconditional and makes life worthwhile. I don’t necessarily doubt that success derived through using a glass half-empty approach provides people with happiness and fulfillment, but rather feel like any success that is derived that way is only temporary. If anything, I would recommend leaning toward the side of positive thinking rather than negative thinking. But most importantly, regardless of how you approach life, even if not the same way that I approach my own life, always make sure to approach it in a way that you believe is best. Life is a journey and we all have a responsibility to live it to the fullest and make the most of it, however we see fit. Thanks for reading.